DANISH GAME DEVELOPMENT STUDIO
GAMALOCUS is a Danish game development studio founded in 2001 and specialized in multi-player strategy games. Currently we are also looking into the new world of VR.

Voronium
Locust Sols
The game takes place on a planet far from our known world. In the wake of mankind's destruction of the earth a quest to find a new home has begun. Due to the enormous distances of space, this expedition is lead by machines and highly sophisticated AI all relaying on Voronium. Voronium is a material, so versatile and energy dense it defies the laws of physics. It's the energy source that replaced all others. But though the universe is vast - mankind and their AI are not the only species interested in the energy. Your job is to secure the Voronium mining operations, and destroy anything that gets in the way.
READ MORE 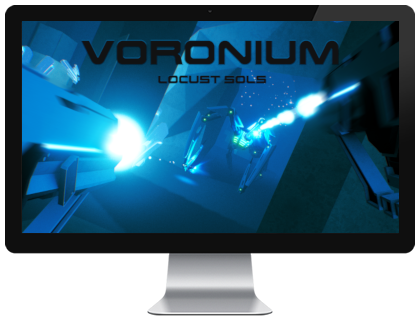 About Gamalocus
GAMALOCUS is a Danish game development studio. Founded in 2001 by Lars Peter Wiberg Nielsen and Emanuel Greisen. Gamalocus specializes in the development of multi-player online strategy games. The game Call of the Warlords was launched online in March 2002 - it was played in a web browser but with a full fledged graphical UI. After that Gamalocus worked on a number of titles of which the most prominent one was Call of the Kings - The Mirror Black.

In 2008 the two founders put the company on hold while they pursued business elsewhere. But alas, in 2018 Emanuel Greisen together with Søren Deleuran are picking up the pieces and blowing new life into the old studio.

A lot of time has passed, so the first couple of months will be spent finding out which of the old titles are still relevant and which new ideas should be included.